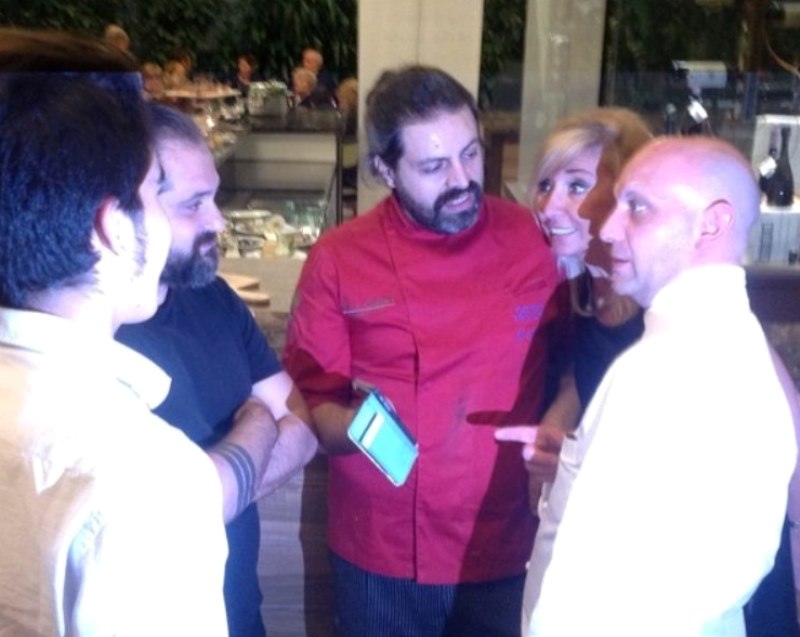 In this photo Stephen Forzoni [ROCK]*, Found George and Enrico Fiorentini photographed during a fun faux pas that I have been guilty.

Without the obligatory presentations, be’, I was there, as always pleasantly greeted at the Sheraton Milan Malpensa. I will stop here for a moment to a premise, I have often said that a voice, but I've never written.

I remember the first time I was in this hotel. My first impression from the outside, having regard to its position opposite the airport, was of an environment suitable for a stop on the way, where people, hastily, ed hard scenes. Well, is not so.

The atmosphere that you live, and I've always lived whenever I stop them both, is courtesy, Manners, but most of tranquility. L'elegant atmosphere, accessible and open spaces, does not feel anything for the hectic pace that you would expect from a hotel in this location. Requirements are, per me, among the most important. Mean good reception and a safe 'word of mouth', the most loved by Italians. 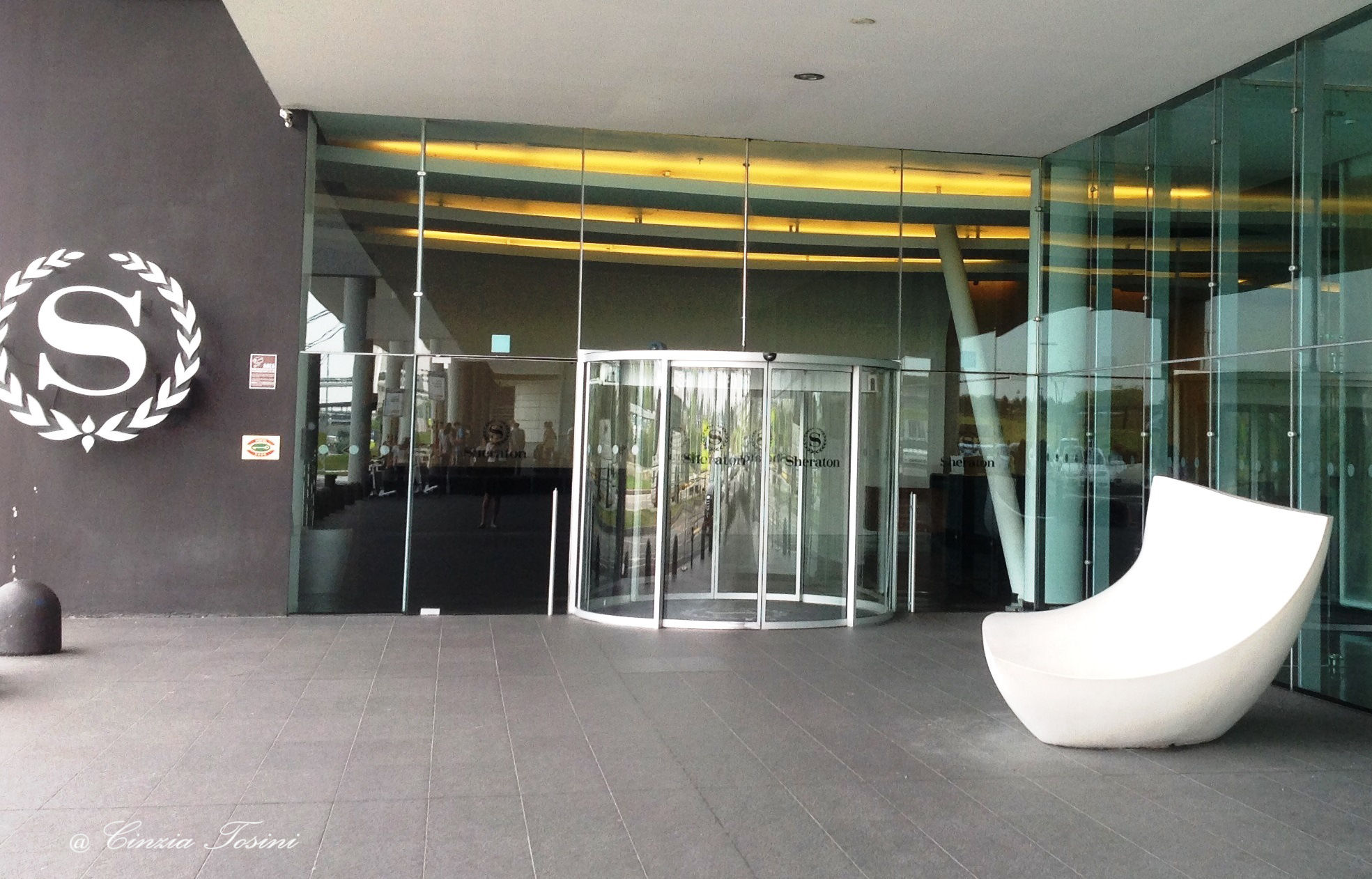 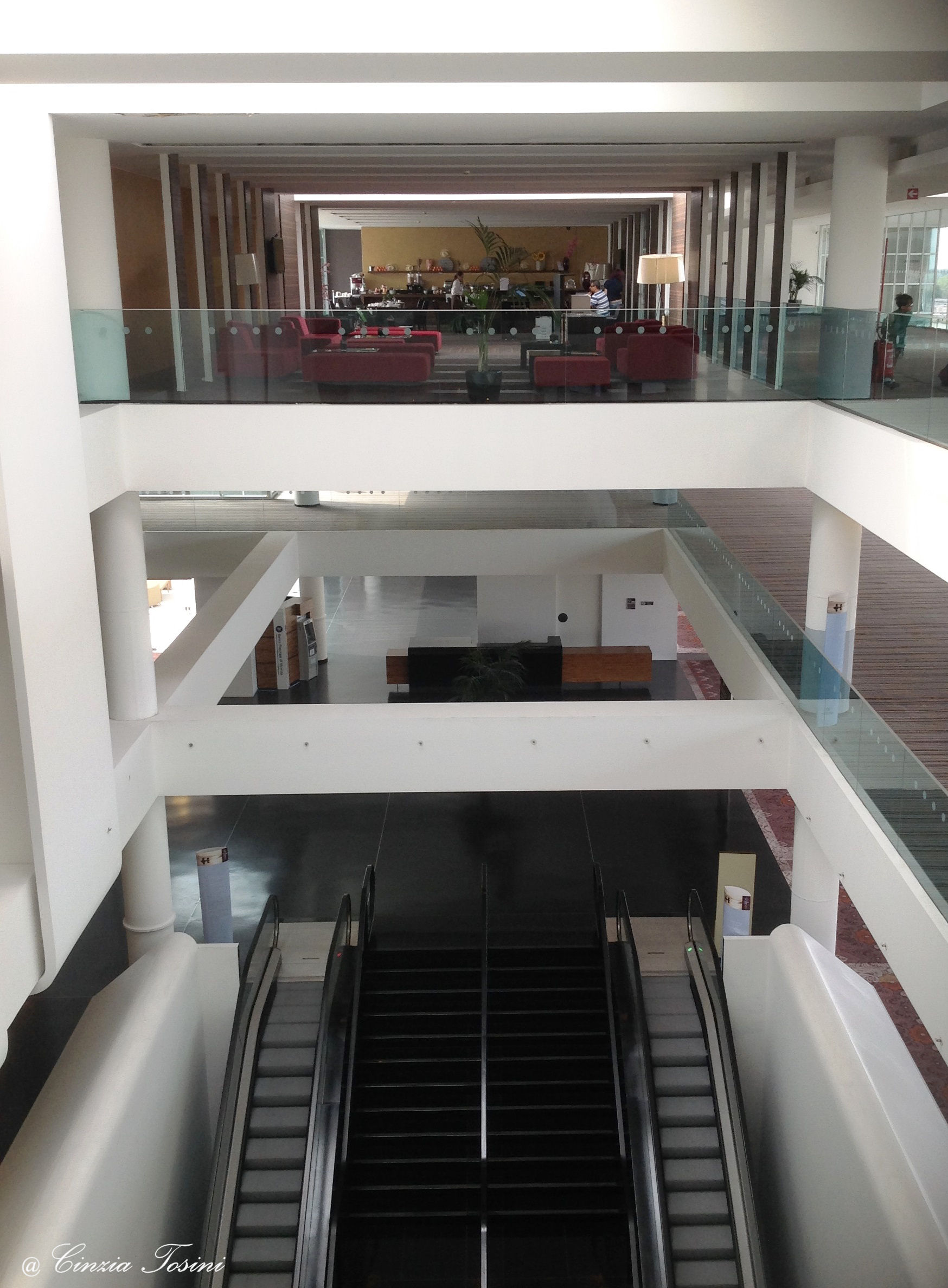 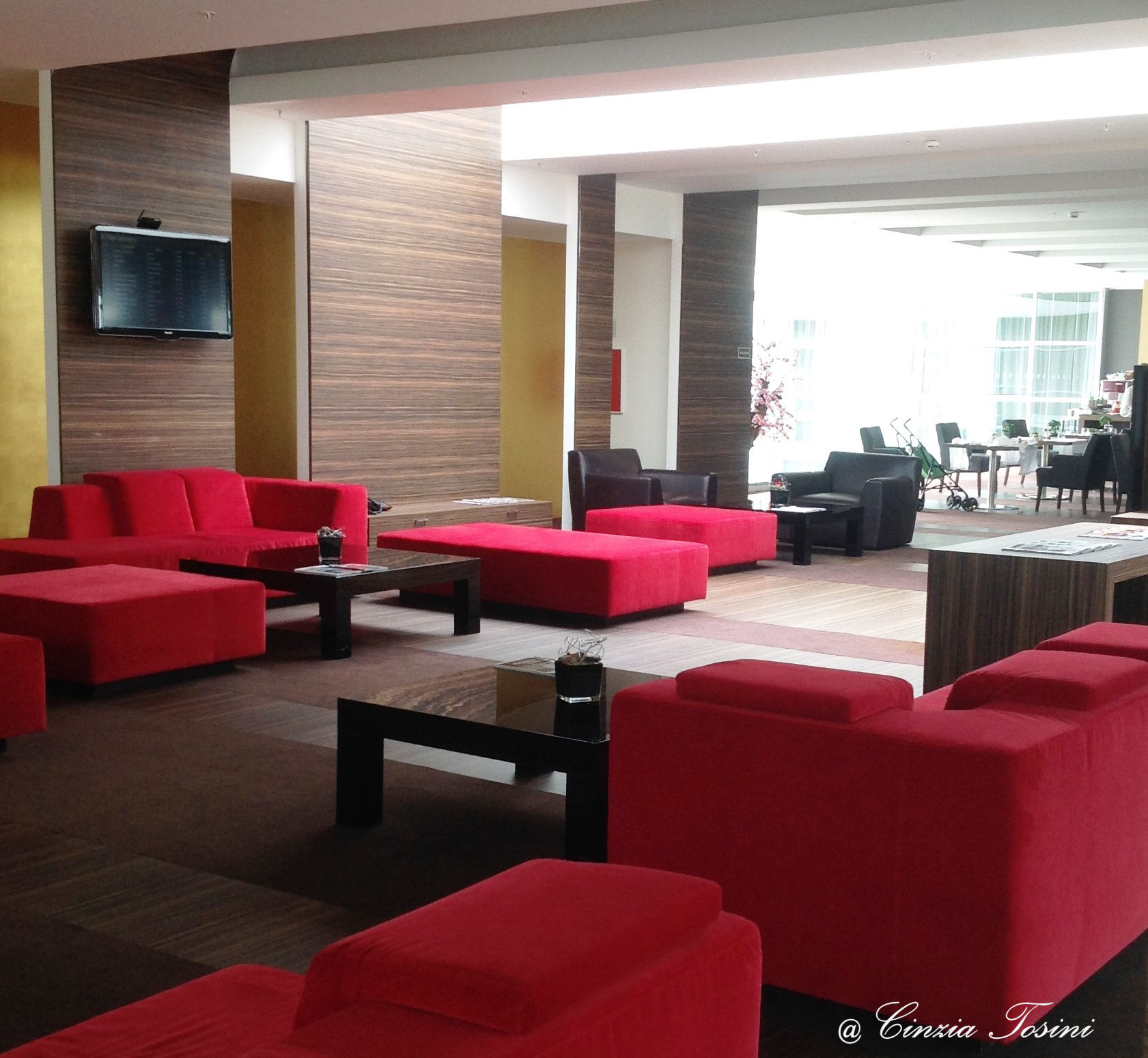 Do not forget that companies are made by people, and how people always make the difference in any reality. Having a healthy relationship with their staff and proper, has a positive effect on job satisfaction and consequently the final user. Un vero investment on the quality of, that has a significant effect on the results.

You will excuse my long introduction, but in addition to telling of events, I love to make sense of what I write. Tornando alla serata coordinata da Carlo Vischi del ciclo “The wine is a journey… the glass is half its”, alla quale ho partecipato accettando con piacere l’invito dell’amica Micaela Scapin, friends, what to say ... I've tasted wines I tasted foods and interpreted by expert hands that now I present to you. 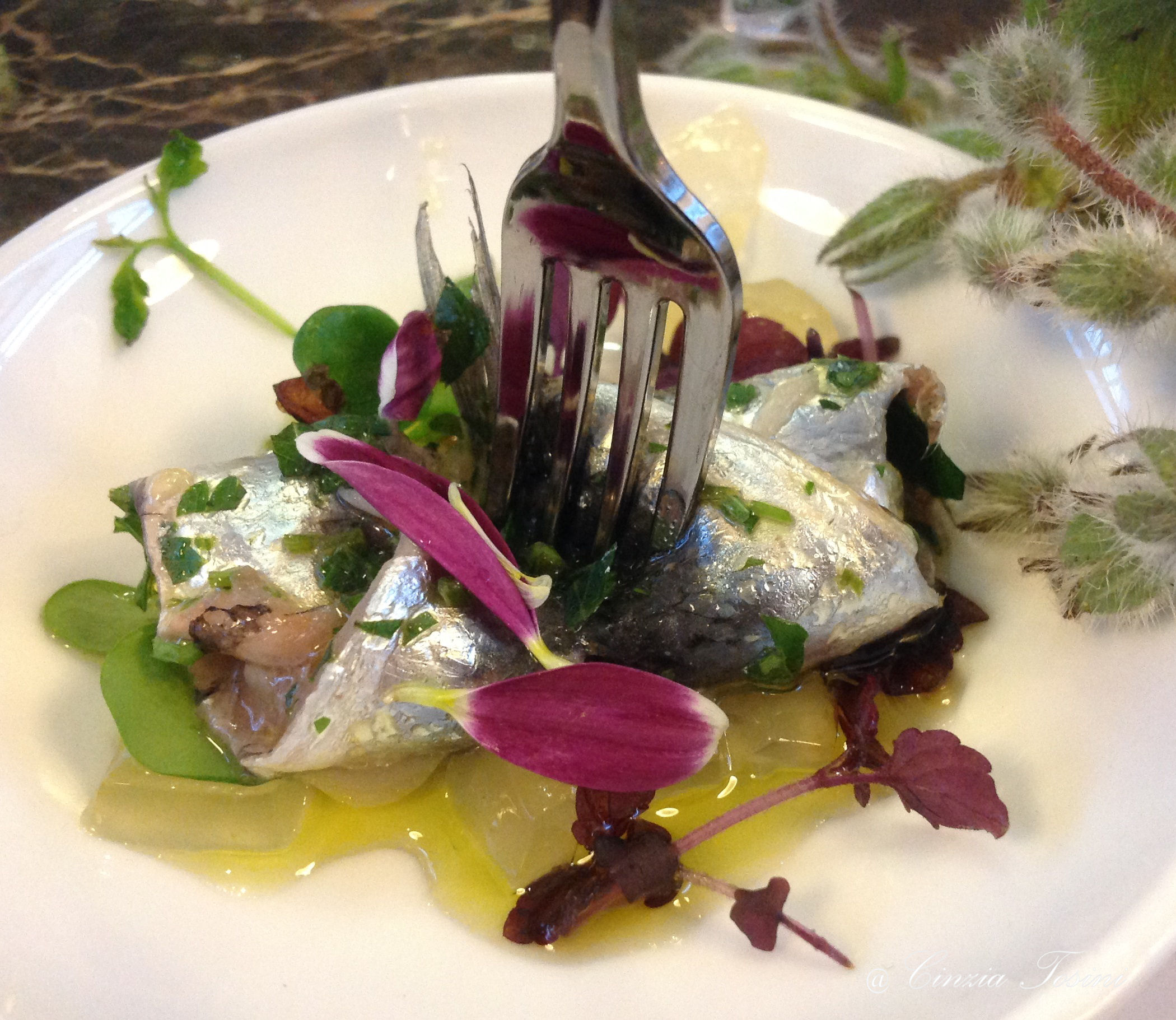 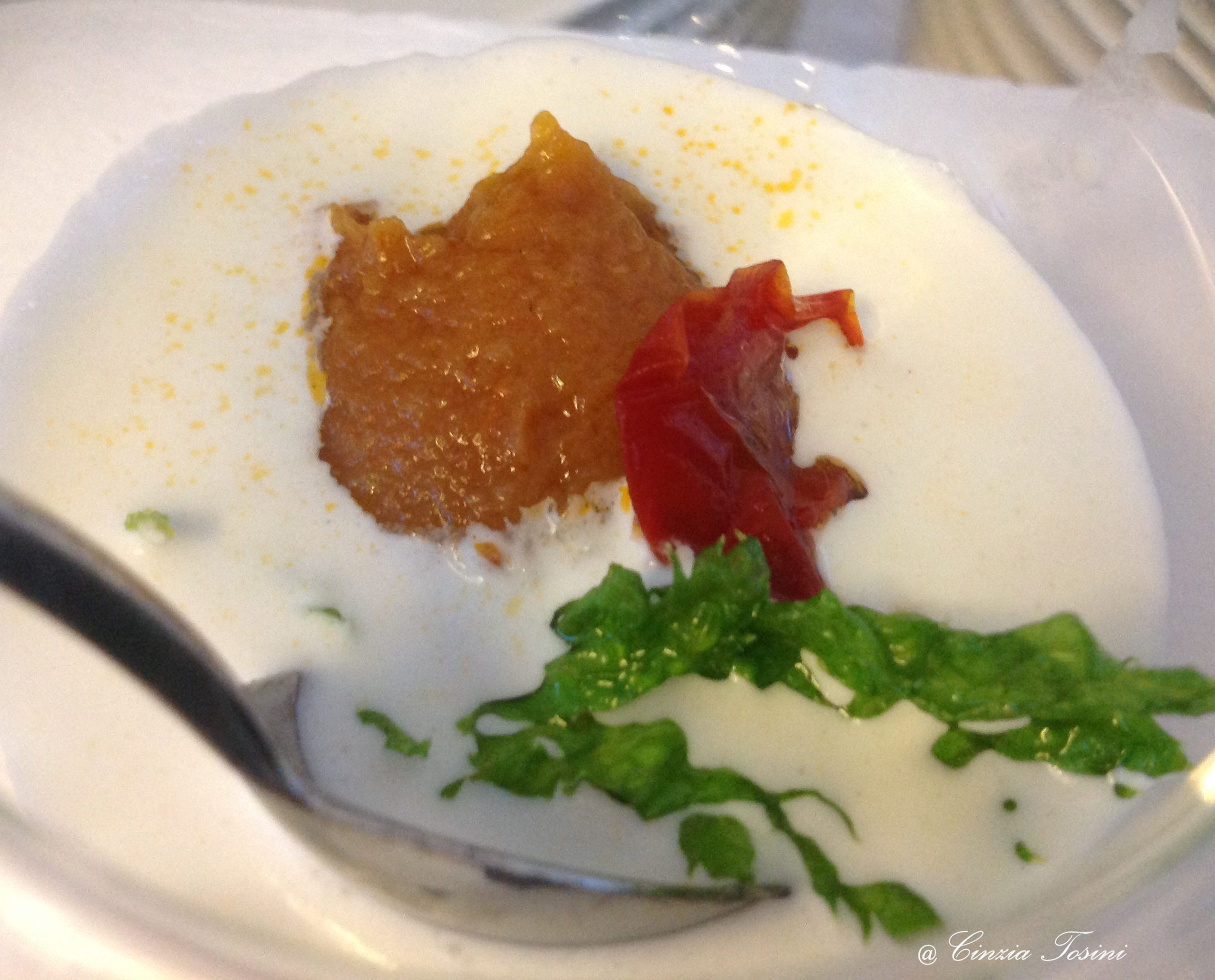 From 2010 Executive Chef of Restaurant Canneto The Sheraton Milan Malpensa. Its, a multicultural education thanks to the experience gained in Italy and abroad in various countries.

With Henry there have long been acknowledged. Always brave Come, nice and a bit 'crazy. There is also one ... I am wary of those who will not let go once in a while. If you want to know the man besides the professional, I recommend the reading of one of our 'chat' some time ago came from a photograph of his plate. I quote a passage.

“Cynthia, I can start by telling you that I liked being in the kitchen because my, for work, They were often absent. Saturday was market day, you shopped, and then, back home, you cleaned vegetables. I liked the manual and the product processing in food, was fascinating, and it still is. I remember an old cookbook found in a drawer, "Multi Carnacina". Initially seemed to me almost incomprehensible, then, on the occasion of get-togethers at the end of the school at the time of medium, I used venturing into some marble donut not properly leavened. I smile at the thought still ... When it came time to choose the address of the high school I was tempted to orient toward the hotel. I was not aware of the sacrifices of life to which I was getting into…”

Executive Chef at the Hotel Villa Curina Resort in Castelnuovo Berardenga Siena. It’ founder of the 'Found Food Project', consulting firm in catering. He is also chairman and professor of the Italian Federation of Professional Personal Chef (Fippc) that, through refresher courses, has as its objective the training and retraining of cooks.

My encounter with George was the case in a fun way. We say that, for the initial misunderstanding, it seemed a bit like a 'haughty. Precisely for this reason I had promised, as soon as the opportunity presented itself to me, to give it a 'playful placed my'. Too bad that, making a sensational gaffe, I placed the wrong person!  😉

Let me explain ... Not being very good at faces I exchanged with the poor George Stephen Forzoni, più conosciuto come[ROCK]* (stenblog.com). The poor, perplexed, listened without being able to understand and even speak ...! Want to know how it ended? Be’, I had to repeat the cabal at the real culprit, then that he was not guilty at all! Once it is clear the misunderstanding, after the inevitable laughter, I caught the chef to know him better, telling us how to love me, with an equal exchange of life experiences.

Calabrese of birth, but adoption of Siena, despite having graduated in Law, has turned the love of cooking that sent the grandmother, in his profession. Its, mainly understood as a kitchen seduction, convinced that, the expected primary who expresses himself through the preparation of dishes, realized in indulging the senses and giving pleasure and memory over time.

What I liked most of George? The simplicity and sympathy with which he responded to my little provocation, but most of all I liked his attention to agriculture, traditions and authentic products of the earth. I often say that the caterers, with their choices to the production, can greatly for both territories for their economies. Cooking is much more than preparing a dish. 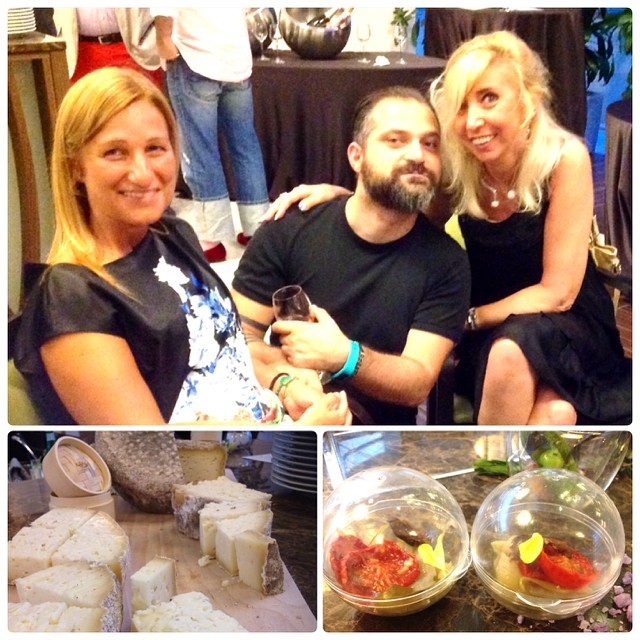