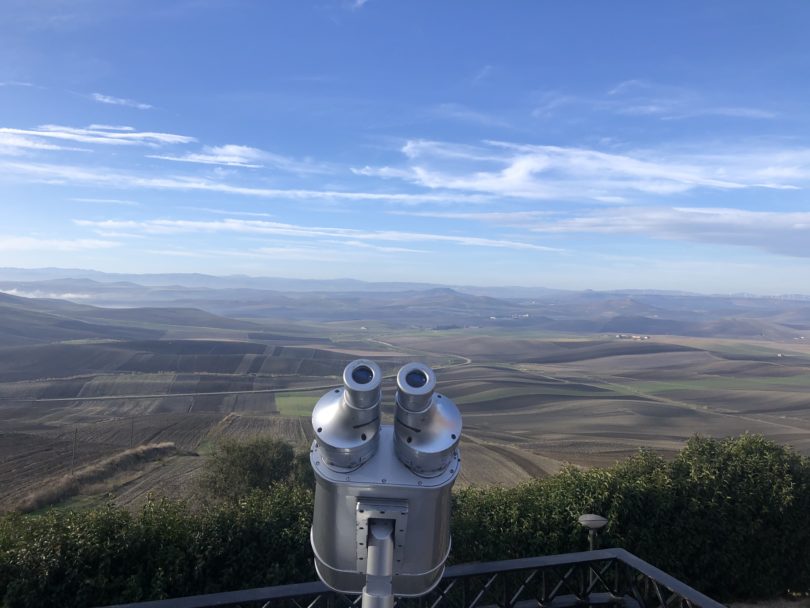 We are in the province of Bari, more accurately Poggiorsini. A small, quiet town known for its rich geological basin and the natural beauty of the Alta Murgia National Park. Situated on a hill, enjoys a strategic position for the proximity to places from historical and environmental interest Matera, Altamura, Gravina and Trani. A beautiful resort in Puglia in the past of the Orsini family feud, which it takes its name. One of the many small historic and scenic villages that bear witness to the Italian Memory. Place to preserve and rediscover not to lose our identity. 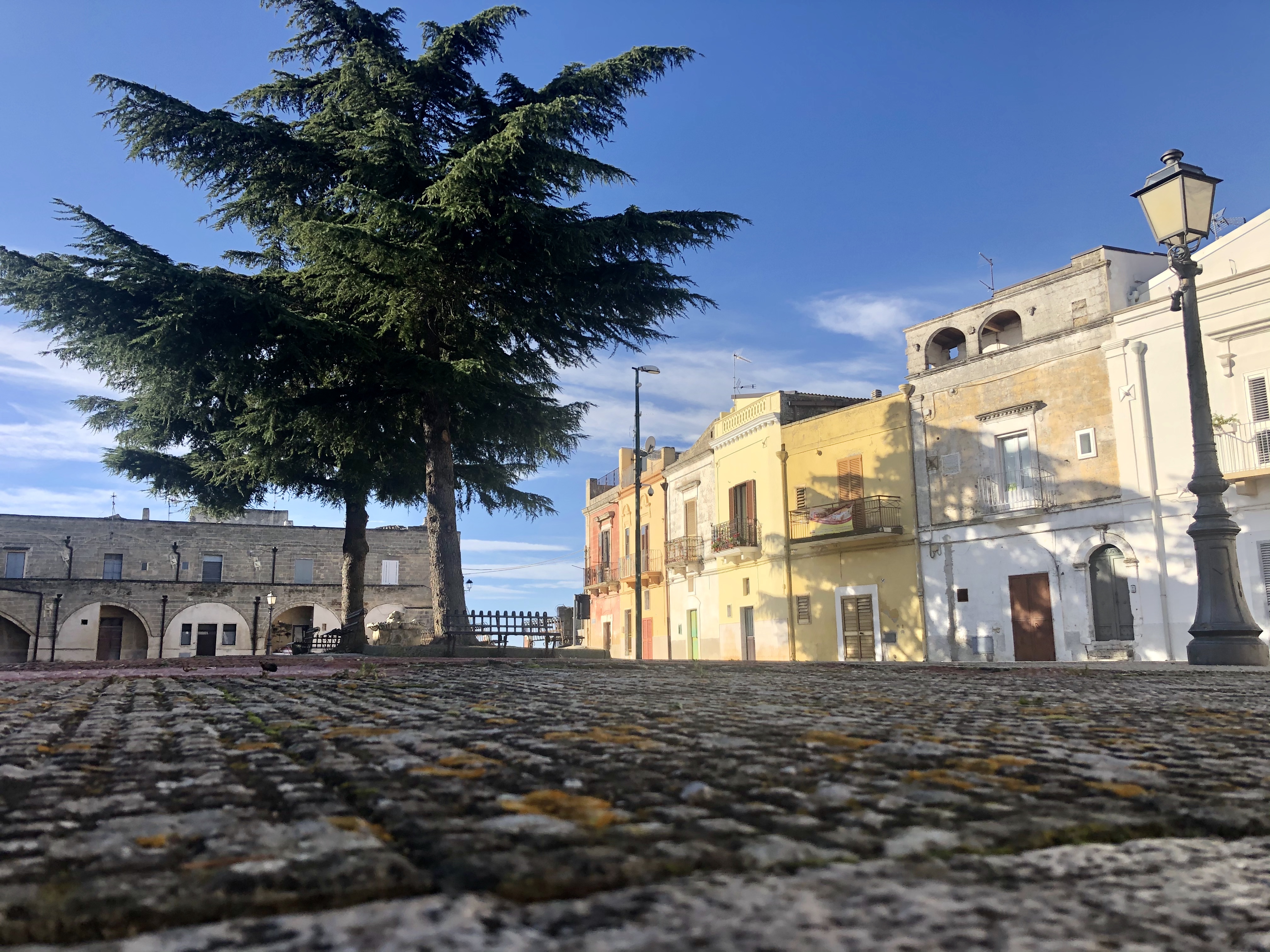 strong point of the country is the “belvedere” located just outside the small historic center. A panoramic terrace that sweeps up the Basilicata that allowed me to enjoy the beautiful autumn colors of the earth in all its nuances. A territory – to Poggiorsini and the surrounding municipalities – so impressive to become a film set for the film “Last Paradise” Riccardo Scamarcio, and actually shooting the film “Mother” written and directed by Antonio Costa. But not only ... in Gravina di Puglia, archaeological-naturalistic town, were filmed some scenes of 'No time to die', 25the James Bond film franchise th. 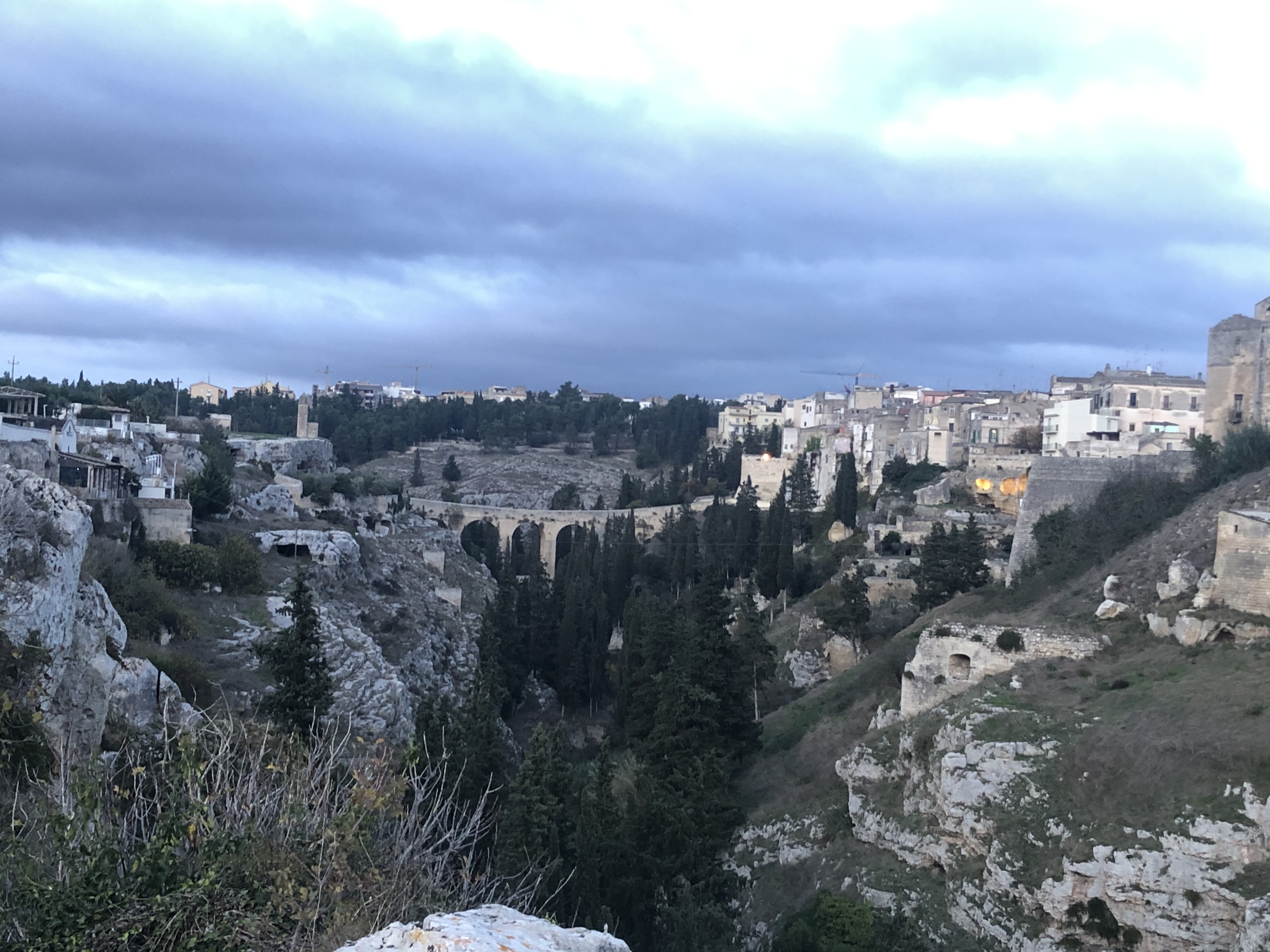 Another area of ​​very charming territory is that of Alta Murgia National Park, 68.000 hectares of vast hilly areas and stony interspersed with oak woods and conifers, and the presence of eighty varieties of wild orchids which better flowering is concentrated in April. Inside it is clearly visible the medieval Castle Garagnone (1048), a stronghold inserted into a castellare federiciano system, that at that time it connected the fortifications present on the Alta Murgia each other in order to report the arrival of enemies. A place for safeguarding the territory of the Knights Hospitaller, warrior monks belonging to the Order of the Hospital of St. John of Jerusalem, guarding the passage of food resources and protected the pilgrims in the Holy Land. You should visit with experienced guides to the lack of marked trails, but also not to bump unexpectedly in herds of wild boars. Social animals of peaceful disposition that become aggressive if they feel threatened, or if you feel a threat to their cubs. An emergency – that of the uncontrolled proliferation of wild boars – subject from time to containment actions, alas still inadequate, involving many Italian natural areas from north to south. 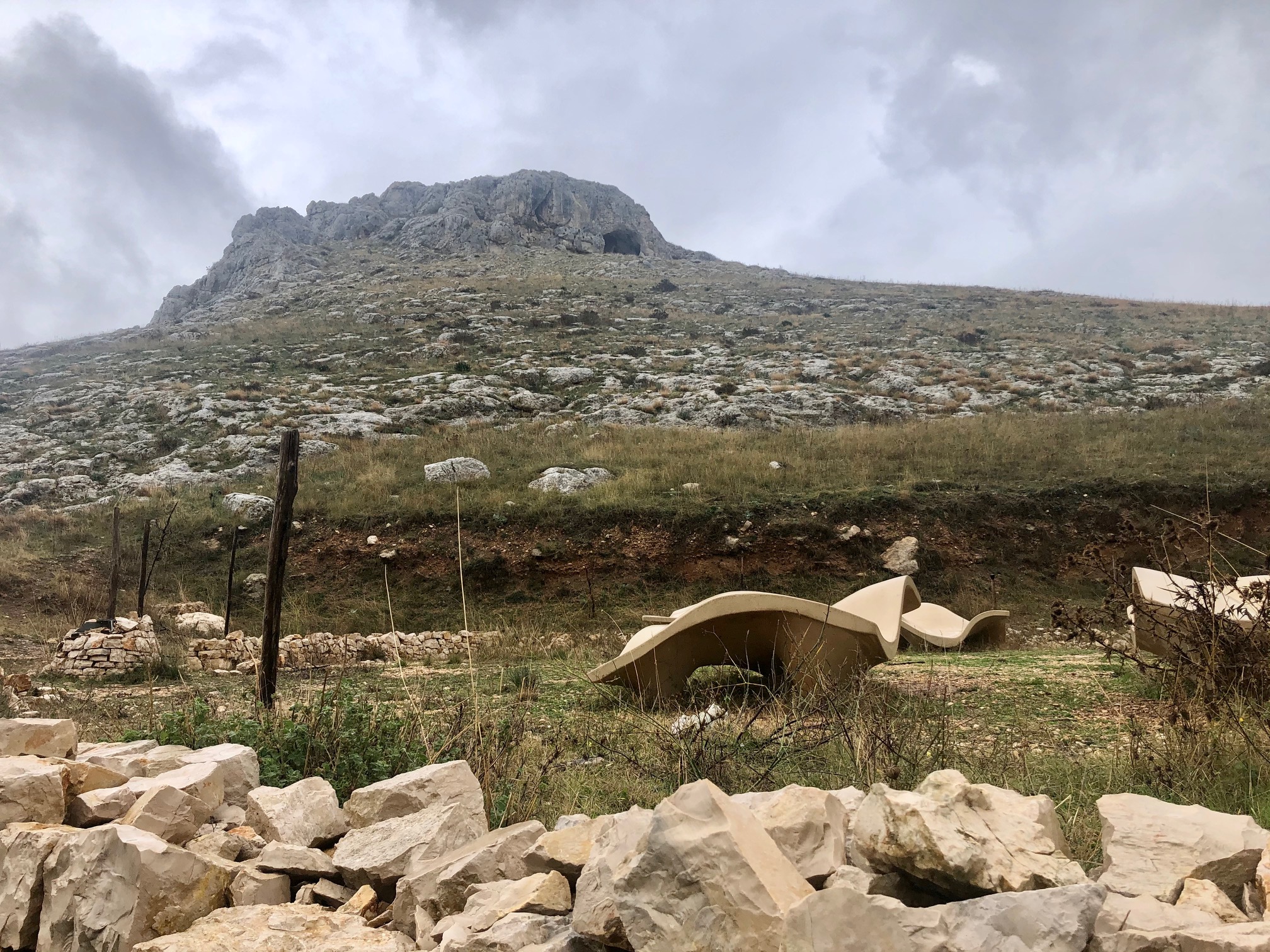 Behind that apparent tranquility that then and there I perceived in Poggiorsini, there is a swarm of young entrepreneurial initiatives aimed at encouraging tourism and food and wine tours. New levers of the 80s and 90s that, after being formed, They are working 'together' for sustainable development that enhances the local resources. Among these there is one in particular: l 'spring water. Thanks to its quality properties tested and certified by the University of Pisa is bottled, but not only ... It is in an advanced stage of the project a rural health center based on the therapeutic benefits of thermal waters and herbs of the high Murgia.

A water of high quality is also a key ingredient for a good craft beer. A production that is increasingly popular and that gave birth to the little two Poggiorsini craft breweries: Social Brewery Alta Murgia – SPAM,  Social brewery that promotes access to employment of persons with disabilities, and Brewery of Ostuni, founded in an old cinema. 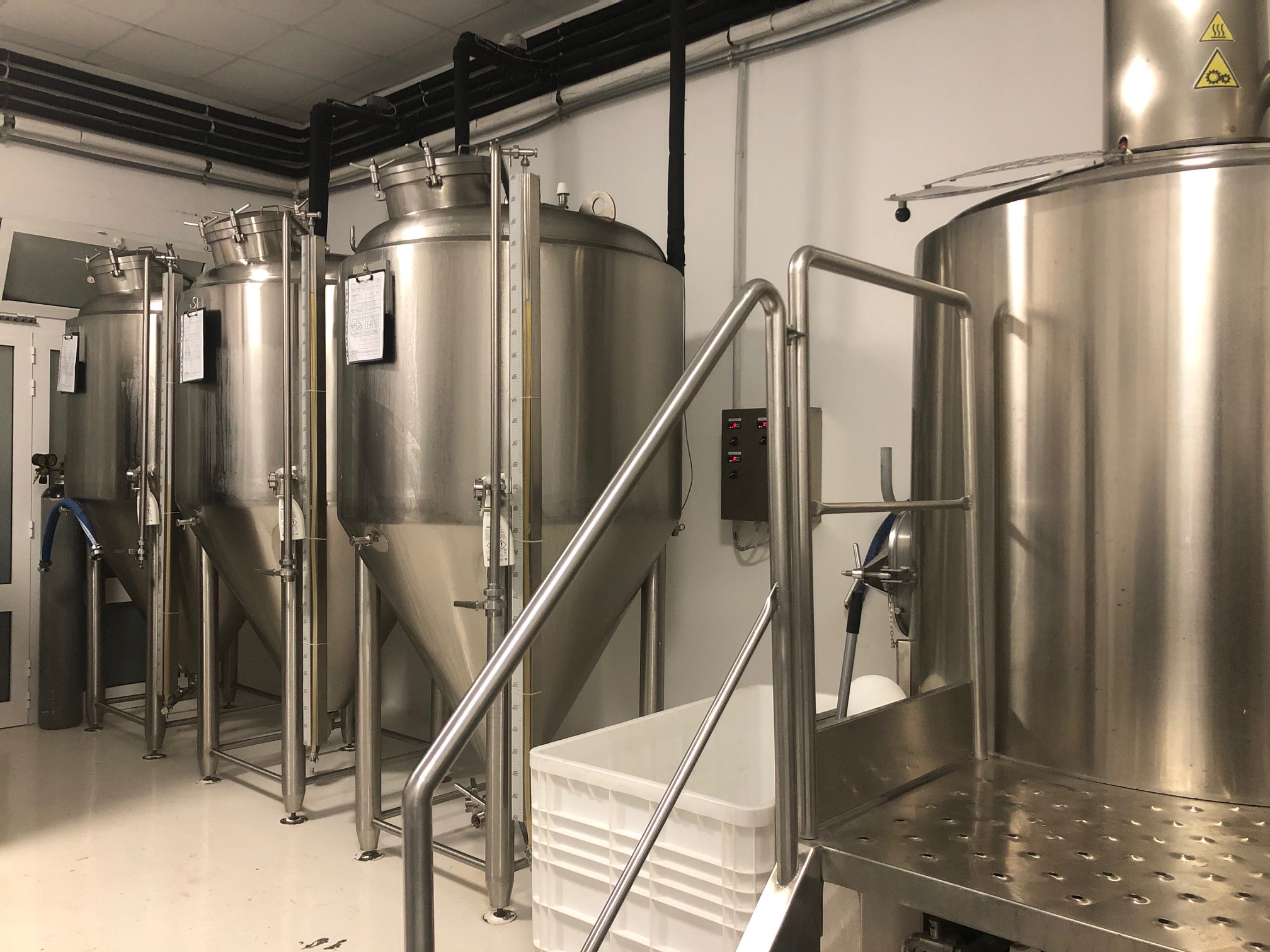 You can not write about a city without mentioning its cuisine. That traditional murgese is very rich and varied, and it is based on the spontaneous products of the earth as the fungus Cardoncello, protagonist in the tables, but not abusive flavors. Do not miss the wonderful dairy products and the typical fresh handmade pasta. With the approach of the Christmas season, however, the desire to taste traditional desserts is felt more than ever. A Poggiorsini thanks to the expert hands of Giusy Cantore, fourth generation of master bakers of Bakery Cantore, I had the pleasure to watch the preparation of Sasanelli, sweet spicy Murge made with almonds and cooked wine entered by the Ministry of Agriculture and Forestry in the list of Foodstuffs (PAT). Here's how to prepare.

Impastare 500 grams of flour sifted with 30 grams of unsweetened cocoa, 200 milliliters of fig vincotto, 10 grams of ammonia for cakes, 250 grams of toasted and chopped almonds in Toritto (typical Apulian), 125 grammi di zucchero, 100 ml of good extra virgin olive oil, grated lemon, cinnamon and clove powder. After obtaining a homogeneous mixture of putting spoonfuls onto a greased and floured baking pan, and bake for 15 minutes of a 160 degrees.

An idea greedy for a Merry Christmas tradition. 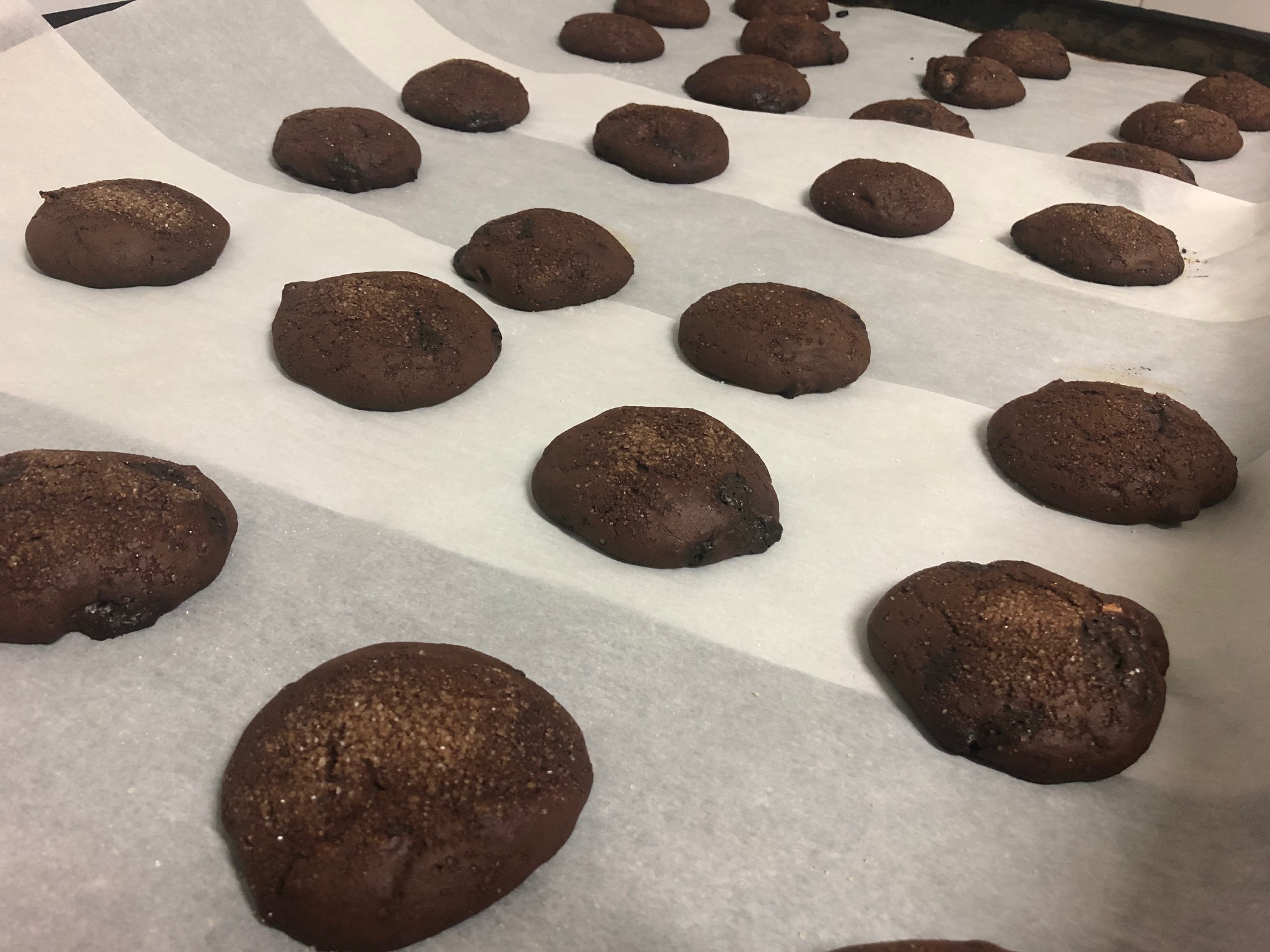