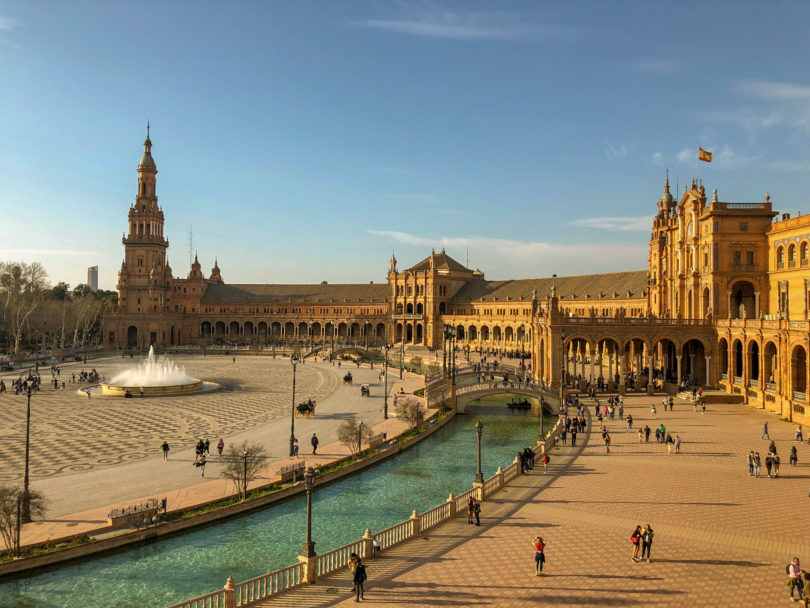 "In Seville, people smile ..." A phrase that told me a young woman returning from one of his study in this Andalusian city travel. A nostalgic memory that I expressed a bit 'of sadness, because the smiles coming year after year in Italy he always saw less.

"In Seville not grow old. It is a city where life fades into a continuous smile, certainly I thought that to enjoy the beautiful sky, the beautiful casine, the voluptuous gardens. "Edmondo de Amicis 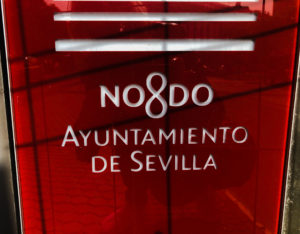 in capital dell'Andalusa whose ancient logo - NO8DO - it is a symbol of loyalty. An emblem that Alfonso X in the thirteenth century wanted to dedicate to the people for dimostratagli dedication. If guests can visit it you will see it almost everywhere imprinted.

Two and a half hours flight from Bergamo Airport have allowed me to reach my goal, another dream realized. I must admit that when I arrived there and then I was a little 'disappointed due to abrupt early Sevillian I crossed. Actually to acclimate seriously you need to adapt to their pace. Practically, It means not to go too fast, especially if you visit the city in summer, when the temperatures are very high. It means always healthy when you enter or exit a shop saying buenos dias or hasta luego. It means delaying the lunch hour (15.00) and dinner (22.00) surely adapting to a slower and more relaxed lifestyle. It means being in a city famous for its architectural beauty and the flamenco, an art that in 2010 It was recognized by UNESCO Intangible Cultural Heritage of Humanity.

And Spain Square – a square crossed by a waterway of the most beautiful I've ever seen – I witnessed this dance made of instinct and pure passion. 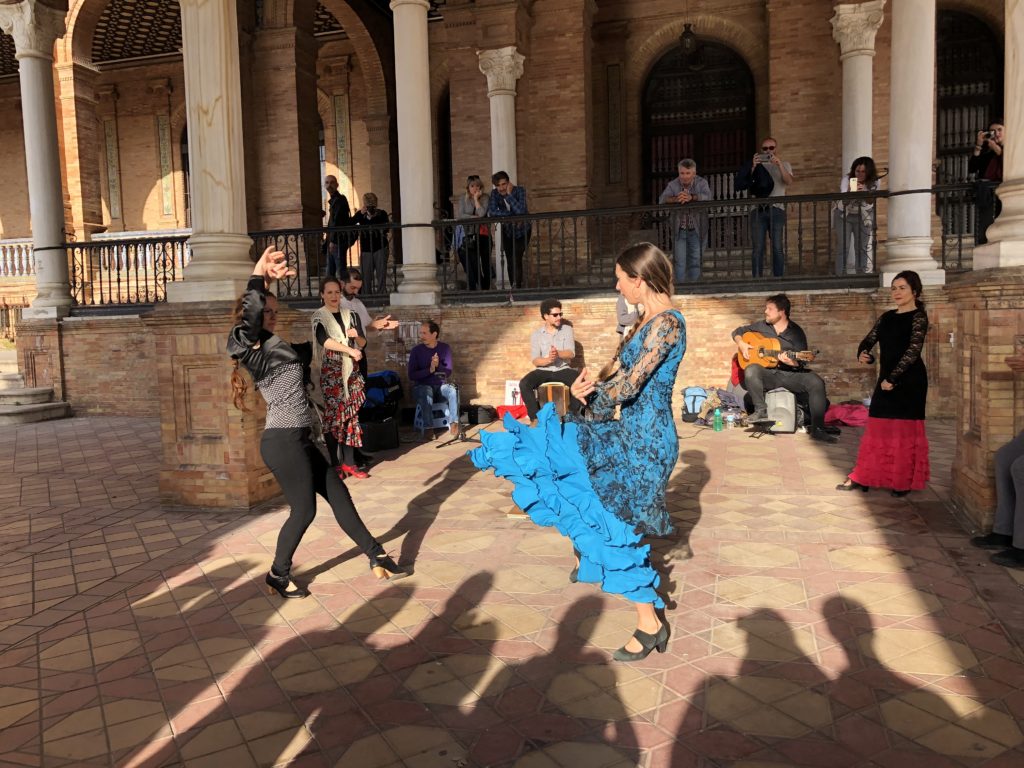 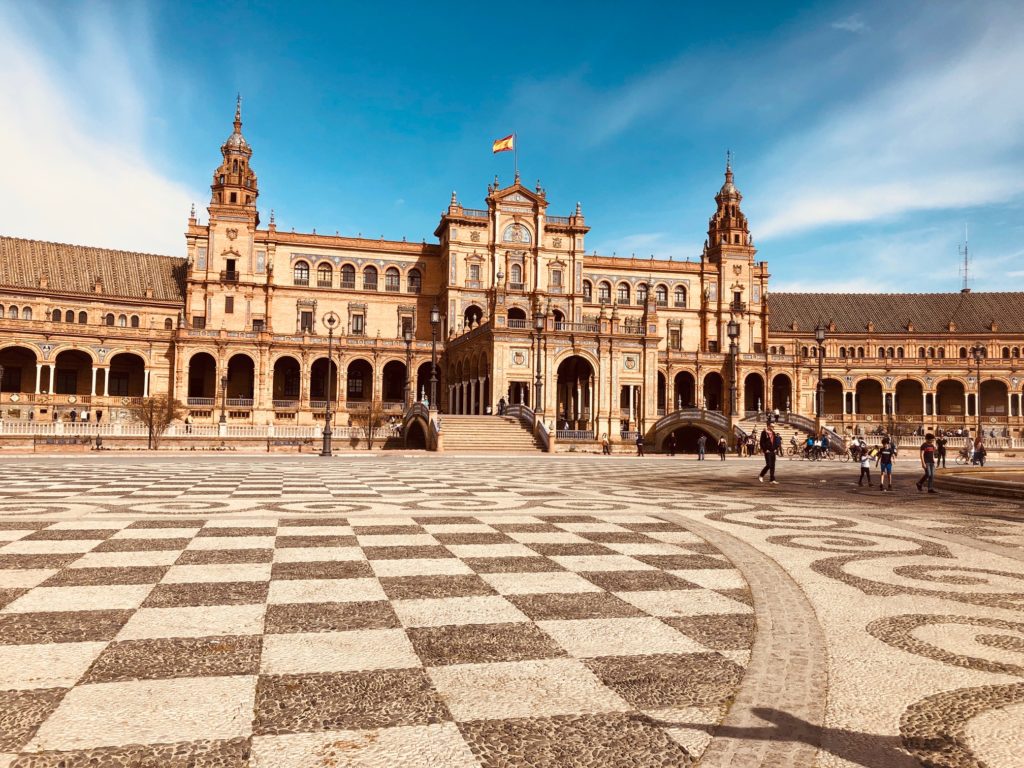 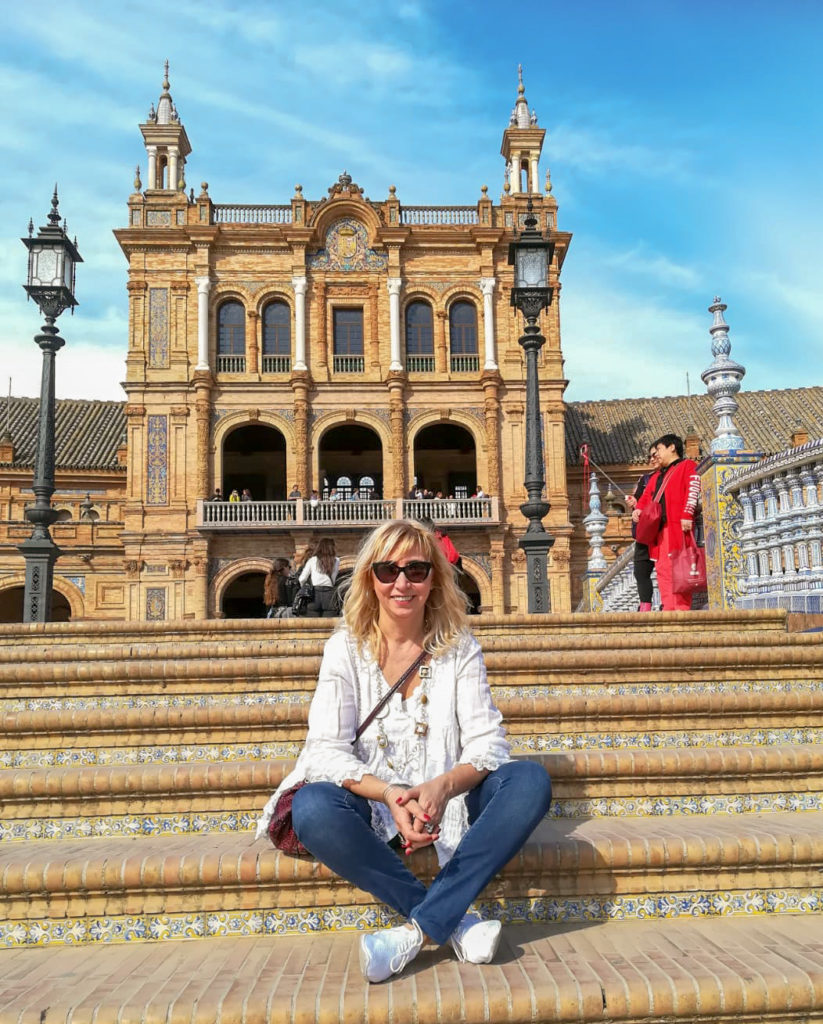 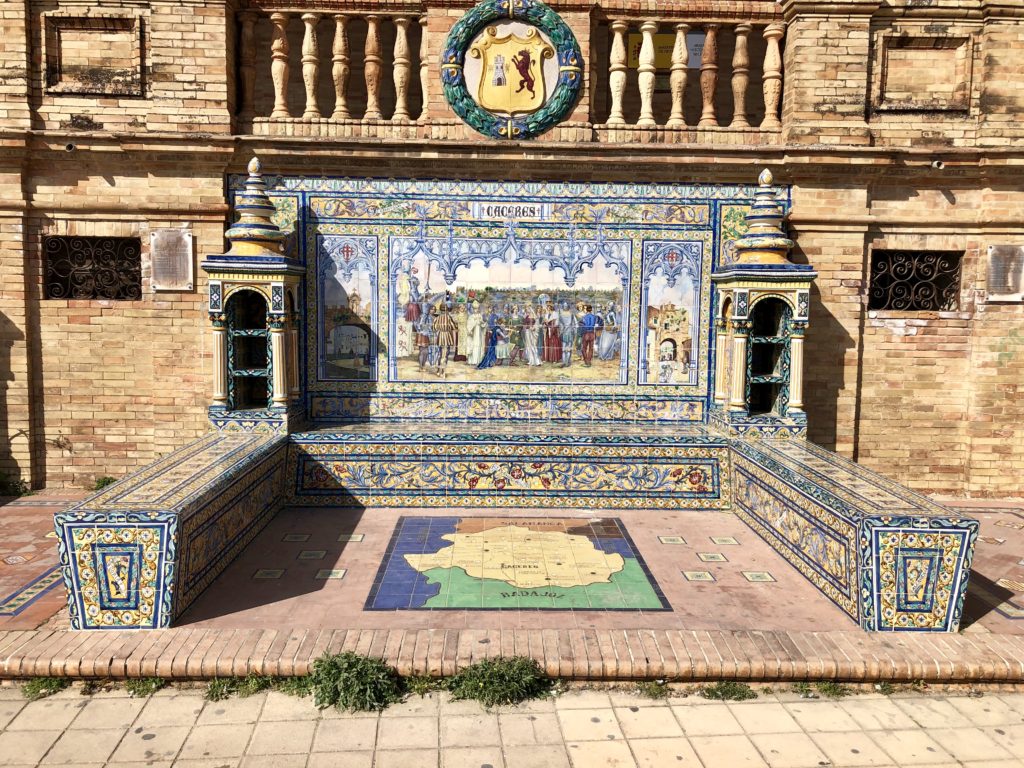 From a gastronomic point of view, I must say that in Seville I really enjoyed the constant presence of a bottle of olive oil on the tables in a variety of eateries, from simple bar at the restaurant. A tradition from which we should take a cue to spread the culture of this great health benefits. 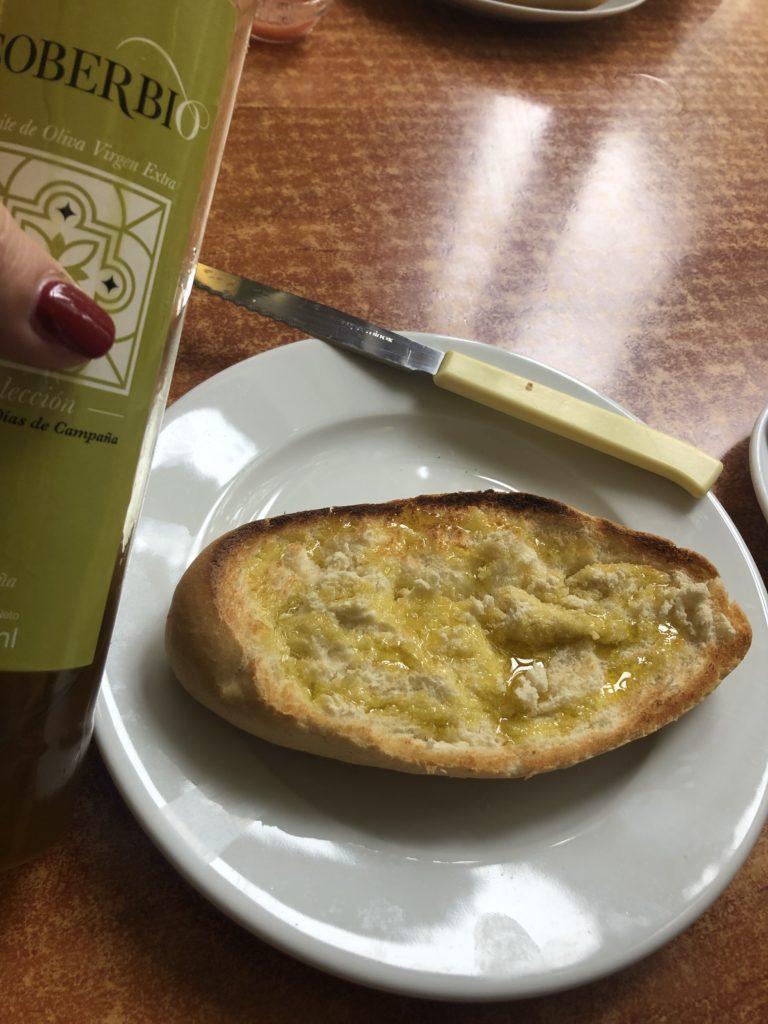 There is another tradition in offering gastronomic Sevillian that I liked: the preparation of a typical dish very suitable for the hot climate of these parts, the Salmorejo. An Andalusian soup made from ripe tomatoes and stale bread that, served cold, It is a welcome relief in the heat of summer days.

It is prepared by mixing in a blender 100 grams of dry bread, previously put to soak in water, with 500 grams of ripe tomatoes and a garlic clove. I have made a small change to the recipe by adding a few drops of Tabasco, to give that touch of spice that I love. Once you obtained a homogeneous cream storing it in the refrigerator for a few hours. The Salmorejo should be served with some slip of jamon, cured ham and boiled eggs. Serves three people. 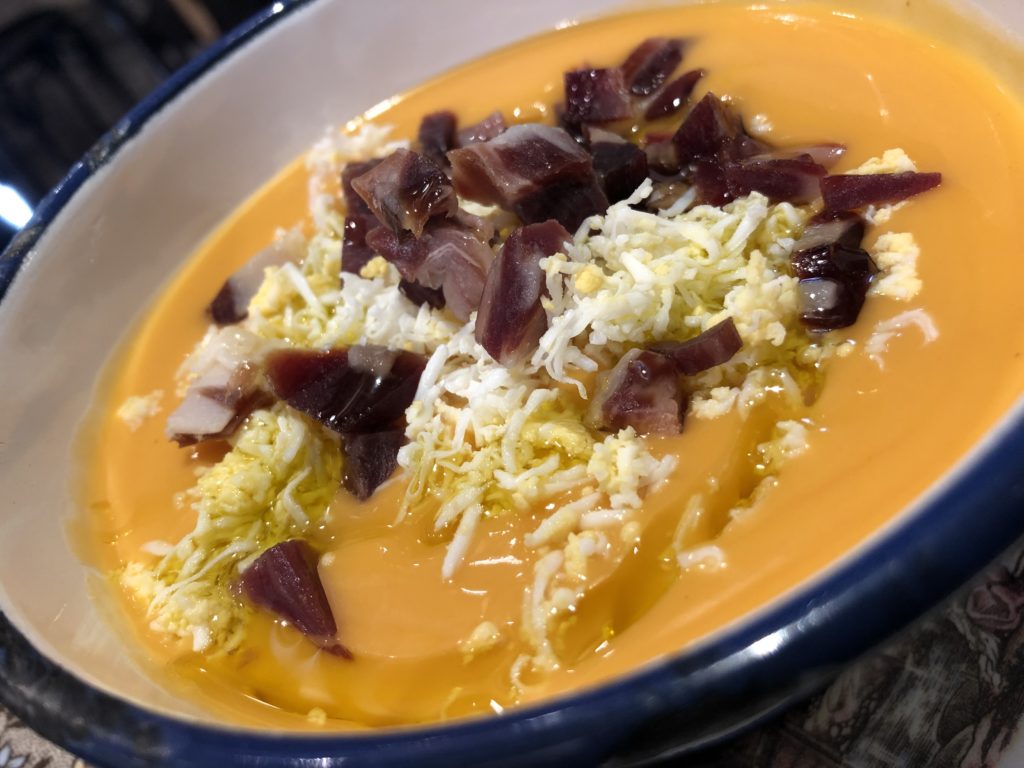 Well, during my trips to Seville I have done several times this summer with a soup, concluding the meal with another habit that Italy unfortunately it is a bit lost: a good glass of Vermouth. An aromatic liqueur wine whose history has origins in Piedmont. He was born in Turin in fact 1786 from an idea by Antonio Benedetto Carpano that I mix of muscat wine with spices and herbs. To be defined as such it must be made from 75% Wine and good dose of artemisia, a plant from the many beneficial virtues. I just have to say goodbye and Seville… Health! 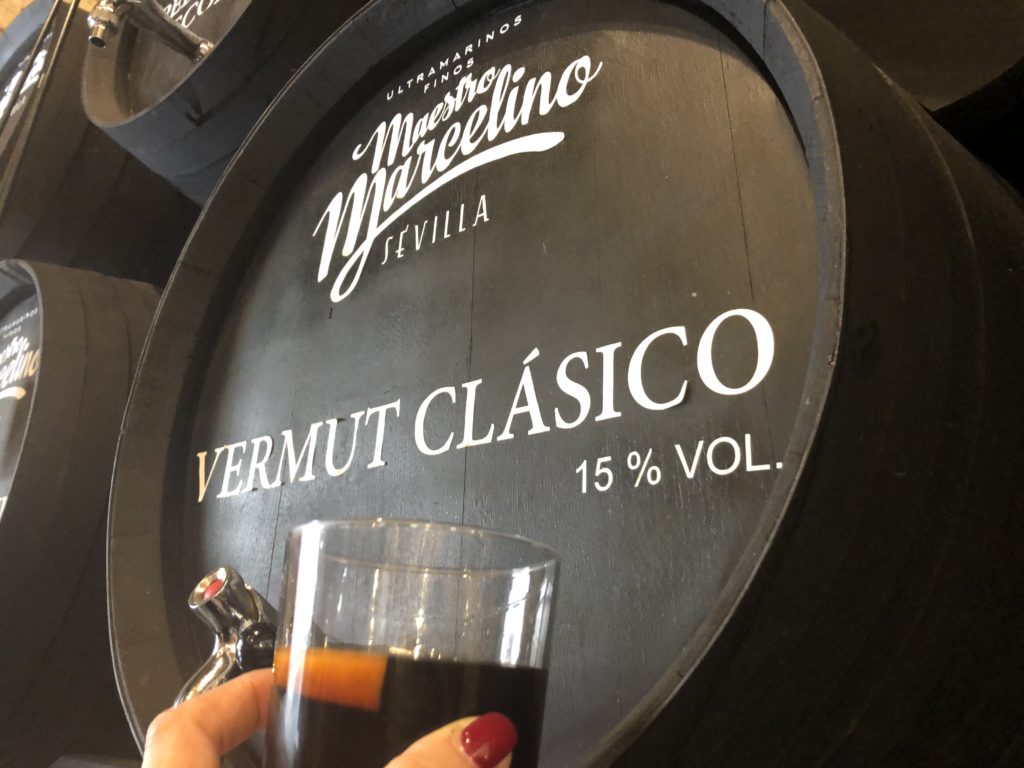