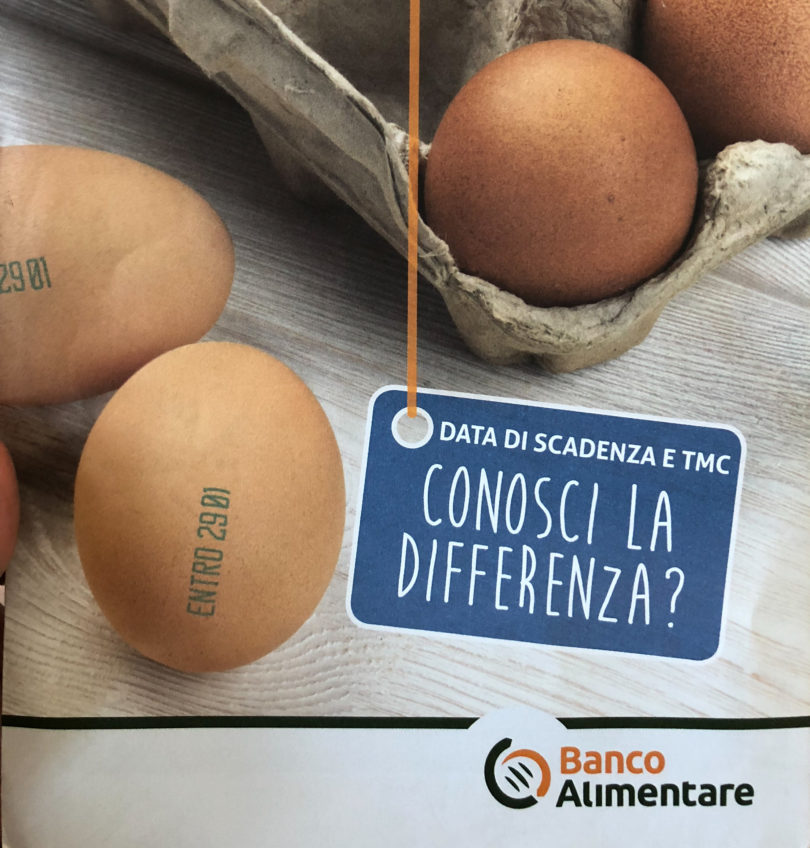 Do not throw that food has not expired ...! A phrase that I find myself often repeating. Yes, because the ease with which you throw the food is unfortunately widespread habit. The cause is often due to incorrect interpretation of the meaning of the due date, very different from the Minimum Term of Conservation, also said TMC.

We begin by clarifying the meaning of these two directions.

The TMC indicates as long as a product – under appropriate storage conditions – It maintains the organoleptic properties that distinguish. On foods it is indicated by the words: ‘to be consumed preferably by ...'Beyond this date, the food is still edible, it can be consumed without risk to health.

The expiration date, unlike, indicating the exact date by which a food may be consumed without exception. On foods it is indicated by the words: ‘best before…’

Two very different directions, that if misinterpreted, lead to an unavoidable food waste. obviously, if you prefer for their own reasons not to consume a food with a TMC date exceeded, I was integrated, It can safely donate it for social purposes. In our area there are organizations that coordinate the recovery and redistribution of surplus food. One of these is the Food Bank (present in every region of Italy).

The Como section, ad esempio, with about forty volunteers and some truck, It collects and distributes more than three hundred tons of food a year, helping more than two thousand seven hundred twenty-six people through charity structures. Daily surplus recovers from bakeries, from canteens, from supermarkets and schools. A task that requires logic and coordination.

On the issue of food waste, but not only, the 14 September 2016 It came into force the Law Gadda 166/2016. A separate law (that does not depend on other laws) that unlocks the value of surplus and that cares about taxation, referring to the tax benefits accruing to those who give. One of its primary objectives aims to "promote the recovery and donation of surplus food for social solidarity, destinandole give priority to human use and to contribute to limiting the negative impacts on the environment and natural resources, by actions to reduce the generation of waste and to promote reuse and recycling in order to extend the product lifecycle. "Art. 1 Law Gadda.

In the words of Marco Lucchini – Secretary General Food Bank Foundation – good should be done well.