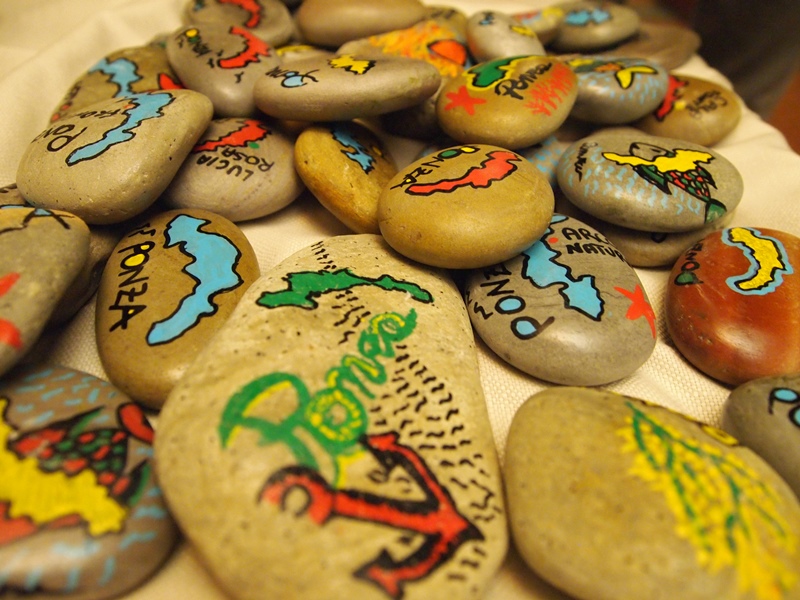 In an era dominated by chef, seems almost out of place to mention cooks, and yet they are the ones that have marked the beginning of these masters, as they call them today, the world of gastronomy. Mind you, certainly do not want them disrespect, ... but now I make a question: "How much we miss the simple cuisine, housewife, one of the finest restaurants in the country that are handed down traditions linked to the families and territories?"I've got the answer, and often, with my little provocation, I try to encourage those who would 'recover', rather than continue to create.

Thursday 13 February, Alessandro Vitiello, dear friend and sommelier, wanted to bring a bit 'of his Ponza, who so lovingly recounts with other friends in Ponza says, the restaurant Il Fauno Cesano Maderno. Thank Rosaria Punta Incense, and Mary and Sabrina What was so, cooks of these eateries typical of Ponza, I could breathe the atmosphere and taste its flavors. 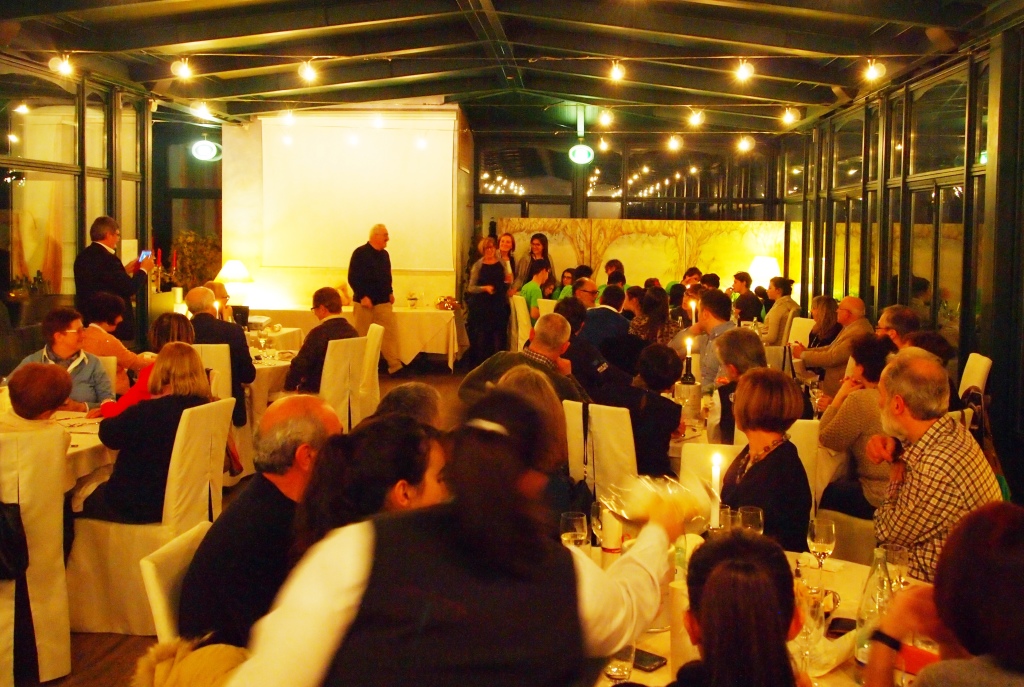 I have not yet had the opportunity to visit this island, the largest of the Pontine islands, in the province of Latina. The archipelago that includes, includes the islands of Gavi, Zannone, Palmarola, Ventotene and Santo Stefano. In realtà, thanks to the stories of Alexander, is a bit 'as if I knew… a land of sea and fishing, of nostalgic atmosphere and childhood memories ... but also many flavors.

I could not begin without a toast to the evening. In doing so I have tasted "Lighthouse of the Guard" 2013, a wine made from an old vine, the Biancolella. Its name refers to a place of great historical and cultural, first among the six real Italian FAI: The Lighthouse Guard on the island of Ponza. 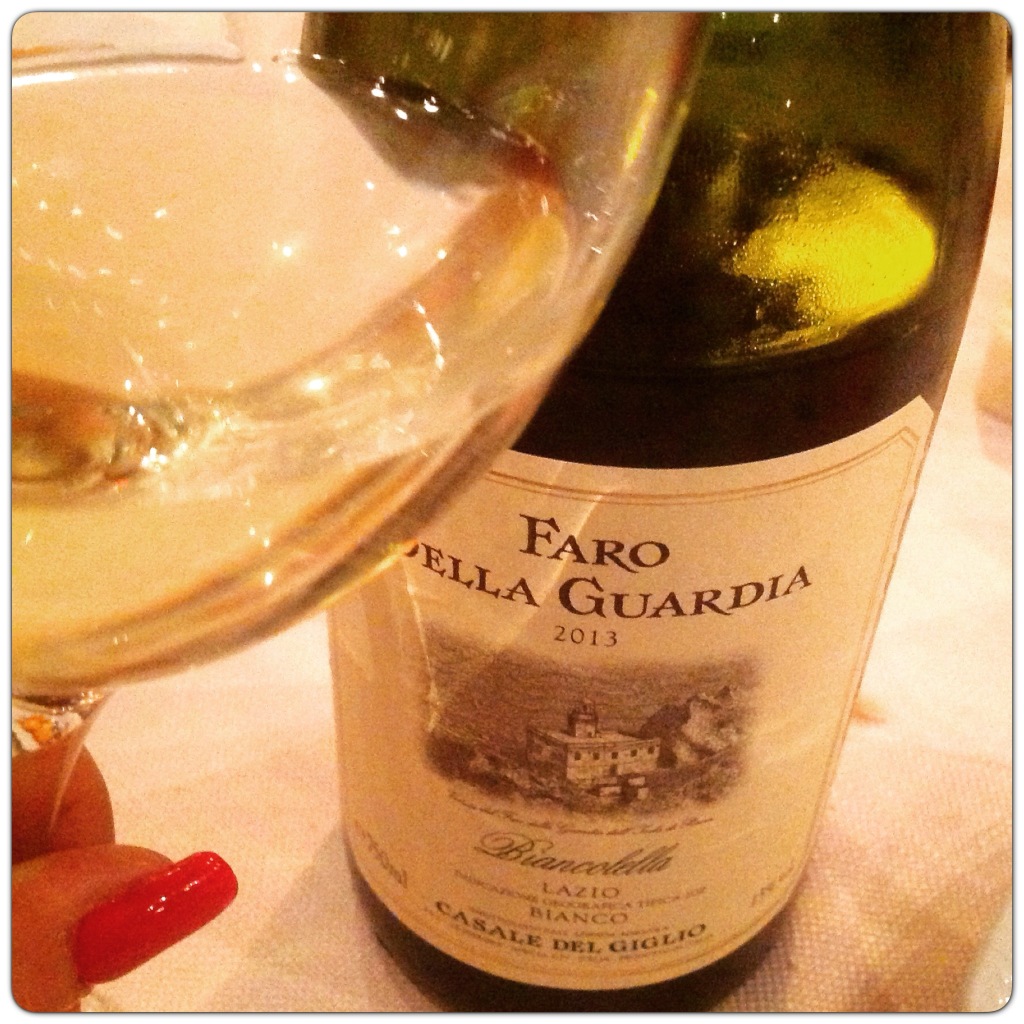 You know the “pettola”? It 'a mixture of flour, water and salt that produces the rags for lentil soup, a legume typical of this island smaller than traditional. 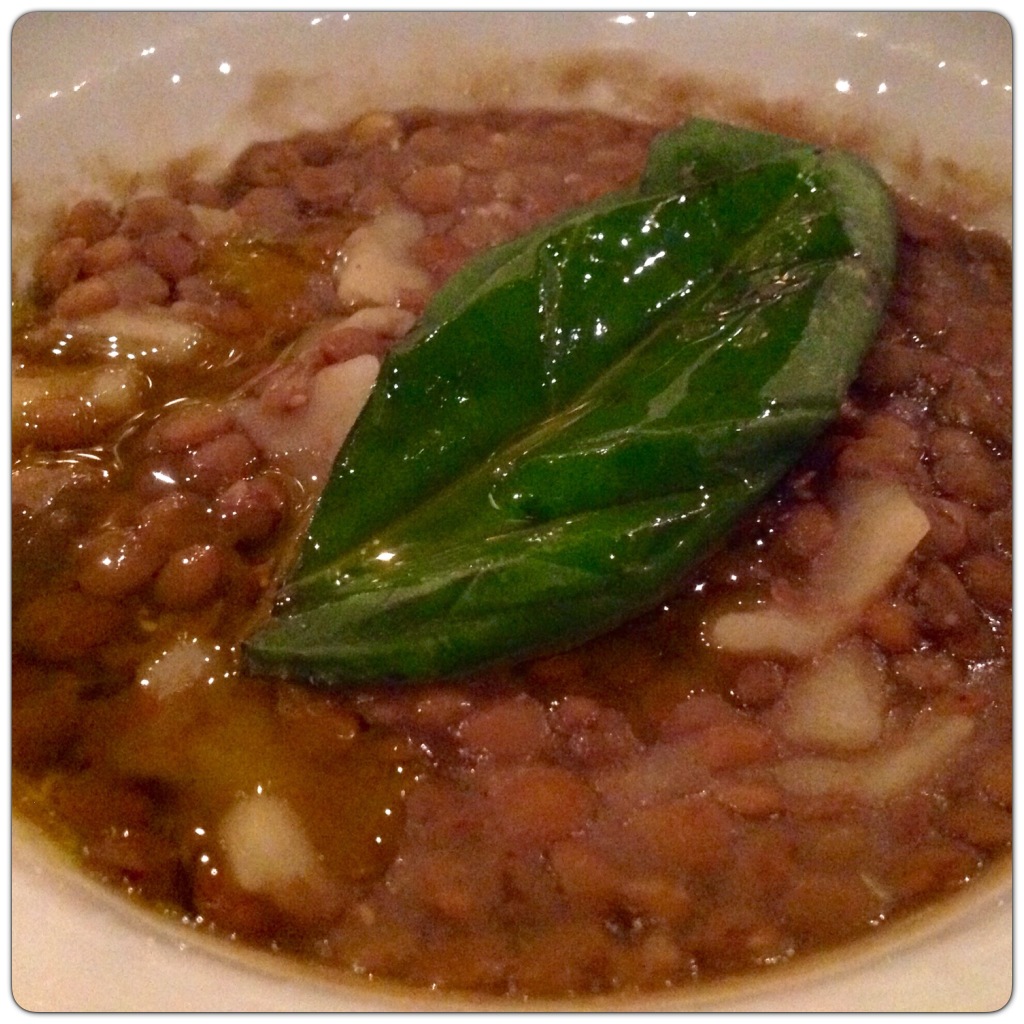 Says Alessandro: “It redfish should stay in the pot from head to tail”, perhaps because a wise lord of his country maintained that if you take away a fish head and entrails, you lost all its flavor. Widespread in the seas of Ponza, redfish is good in all the ways in which it is cooked. That said, here he is with paccheri and Olivelle. 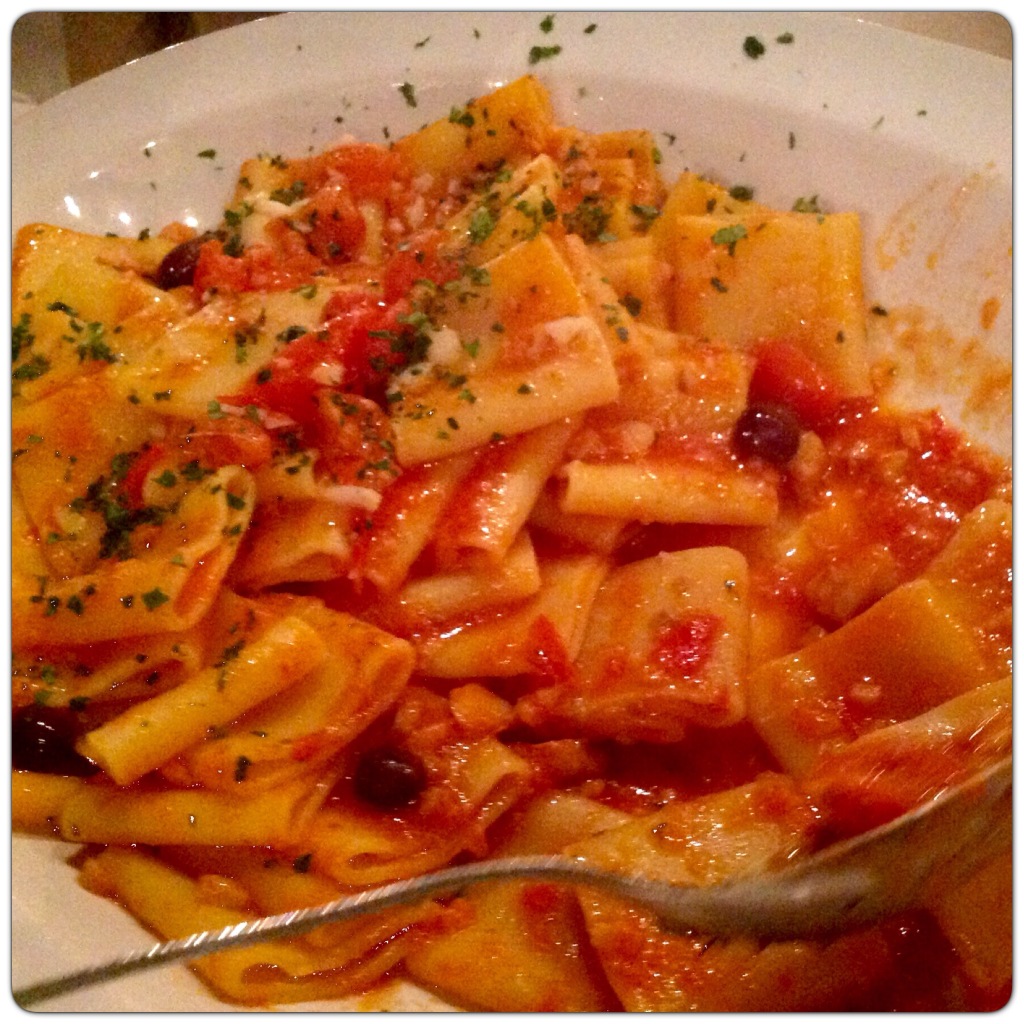 Now it's up to nocchette, fried pastries typical Carnival whose name derives from 'Knuckle', which means bow. In this case, however, have suffered a contamination Lombarda: a soft cream with mascarpone. 😉 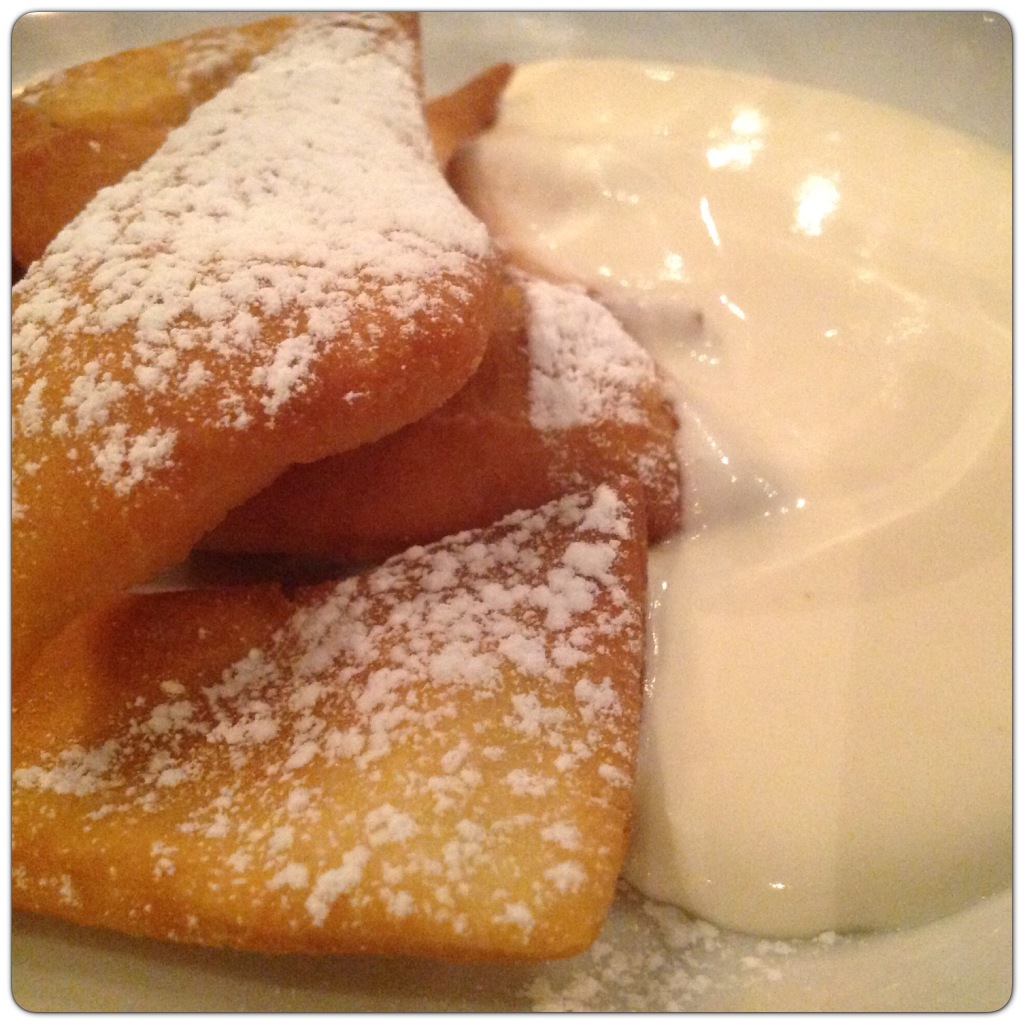 I did not say that even with us there were the boys'Institute Filangieri Ponza, present at BIT in Milan. At the end of dinner, they distributed stones collected on the beaches of the island paintings personally from them. About stones, I conclude with a stone, rather, the con 'Stones Palmarola'Rosaria restaurant Punta Incense. A paste made with almonds, nights, raisin, chocolate and white wine Ponza.

In this case ... a stone leads to another. 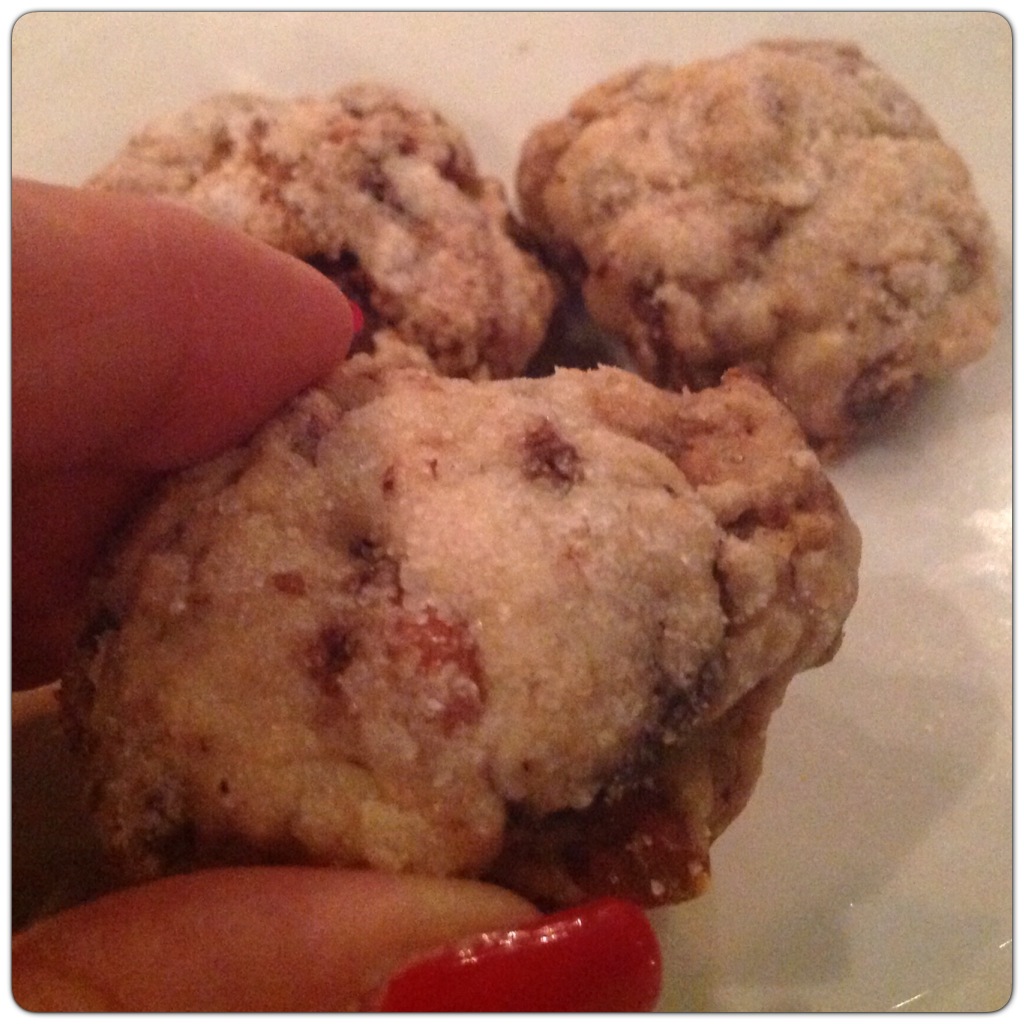